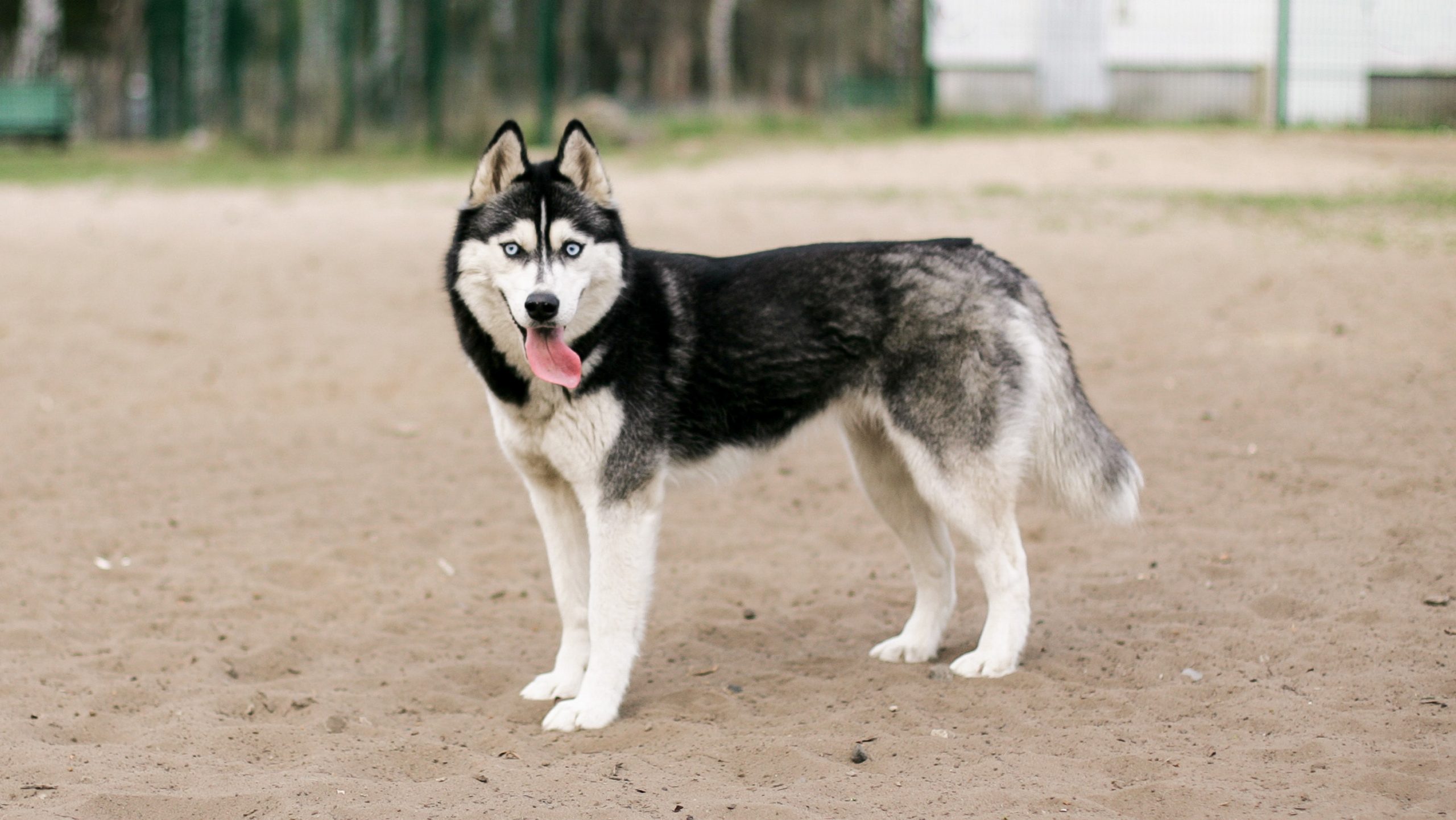 Calming signals are a set of facial expressions and body language that dogs instinctively use to calm each other down. Turid Rugaas has produced many books and videos on this subject, and I highly recommend that you learn from her. Kat Albrecht also has a video on Calming Signals for lost dogs.

If your dog is lost right at this moment, you may not want to take the time to watch a long video or read the books written by Rugaas. Also, her studies don’t specifically mention dogs that are wandering stray. This brief guide on calming signals for stray dogs is written just for your situation, and you can also share it with anyone who may be looking for your dog, so they don’t do the wrong thing. Sky, pictured above, had lived in a cemetery for several months when I found out about her. She behaved as a feral dog, and she wouldn’t let anyone approach her. She would bark at a humane trap because it was foreign. She has lived with me for a couple of years now, and she loves to play with my other dogs. When I first spotted Sky in the cemetery, I ignored her, and pretended I didn’t see her. I watched her behavior for a while to see how she responded to people in the distance. She was showing classic avoidance behavior, as you would expect from a dog who has been wandering loose for a while. Stray dogs inadvertently become trained to avoid people because so many people try to help strays and they keep repeating the same mistakes, over and over. The person trying to help the stray doesn’t think the dog has been through this scenario a dozen times already, but if you think about it logically, if a dog would respond to a whistle, and patting your leg, and saying in a soft voice, “Come here, girl,” then she wouldn’t still be roaming as a stray.

To get Sky to warm up to me, I walked across her known travel path, and I “accidentally” dropped some bits of hot dog. She noticed, and she began to follow me as I continued letting treats fall to the ground. Then I sat down, with my back to her, and let her check me out. Very importantly, I did not kneel or squat. I was sitting on the ground with my legs out in front of me, and my body language showed her that I was relaxed and calm, and there was no way I could suddenly get up and chase her. I tossed bits of hot dog toward her, and then a little closer and a little closer. She eventually came close enough that she would eat out of my hand, but I did not try to grab her. I spent several hours just hanging out with her that afternoon, and I let her get comfortable. Someone interrupted us, so I had to quit for the day. In all, I spent four days gaining her trust before she let me put her in a car. You can see a video of Sky’s capture here.

Calming signals, in relation to catching a stray dog, are as much about what you don't do as it about the actions you take.

Things you should do.

On the second day of catching Sky, I ran all around the cemetery and “accidentally” fell down on the grass, and Sky would catch me. She let me pet her by the end of the second day. We still had to build trust before she would let me put her in the car. Calming signals also helped me capture Wilson. Even though he wouldn’t let me touch him, he trusted me enough to follow me to a humane trap, and he eventually went in. I have used calming signals on hundreds of stray dogs, and it also helps with foster dogs or newly adopted dogs. When you have time, be sure to learn more about this important way of communicating with dogs.