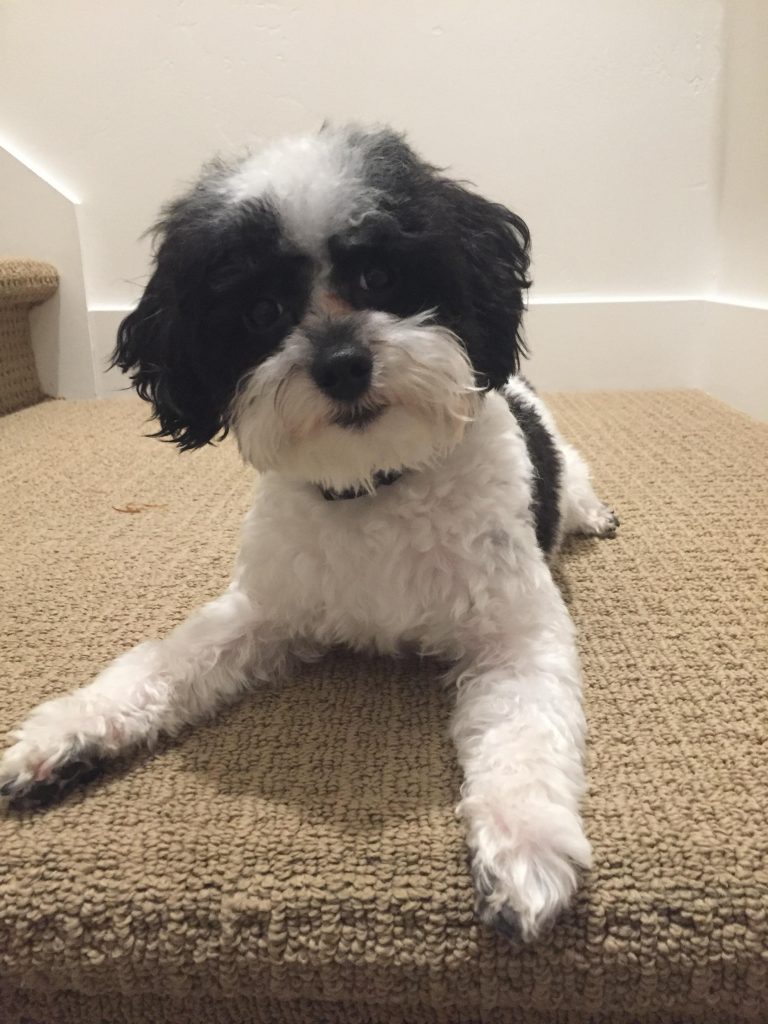 REUNITED!! Atticus was found in the Convention Center parking lot around 3:30 pm today, 01/05/21, 16 hours after his great escape. THANK YOU, everyone for searching for him and sharing all of these posts so that the person who found him could notify his owner. Richard, his owner is thrilled, and Atticus is ecstatic!!!

Tiny 6 pound male Maltipoo, black and white, about 1 and a half year old, microchipped, wearing a red collar. Atticus was spooked while being walked in downtown Seattle, and took off running. He is likely terrified.